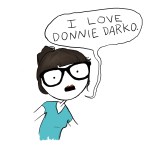 Just read this article called ‘7 Hipster Movies You Don’t Have To Be A Hipster To Love‘ here on ScreenJunkies.com

I agree with all the movies on the list, which is:

I think this list could be a lot longer than just 7 movies…they left out Clerks for God’s sake! Add a hipster film you really like in the comments. OK?