Happy Thanksgiving everyone! Hope you are having a good one.

I found this funny as hell Hipster comic here-> http://hipsterhitler.com/comics/thanksgiving/ Check it out!

I also found this cool little article at Some Guy Daily News:

ANYWHERE—A group of obnoxious hipsters near you, which could be anywhere in the country at any given time, are unsure as to what the proper way is for them to celebrate Thanksgiving this year. The current consensus is to hedge their bets by getting together for a typical Thanksgiving meal but not being at all happy about it.

“We might watch some football, you know, ironically,” said insufferable hipster Brian “Bert” Aultman. “And cheer for the Dallas Yankees to… you know, um… score a home run from the 3-point line.”

The hipsters, all dressed like someone sneezed chewed-up milk-trodden Fruity Pebbles onto your glasses, are all planning to eat Oscar Meyer brand deli turkey instead of cooking a regular turkey as per Thanksgiving custom. “It’s just a more American celebration to do it this way, ultimately,” said Aultman while frowning into his $600 iPad 2. “You know, because it’s like… it’s an American holiday, and there’s nothing more Americanized than Oscar Meyer lunchmeat, so it’s like… oh nevermind, if I have to explain it you’ll never get it.”

“We can’t really afford a real turkey anyway since we’re all broke,” he continued while adjusting his $180 designer glasses, brushing off his $210 designer skinny jeans and tucking away the loan payments he just got in the mail that he owes for his $120,000 art school degree.

Pretty interesting…what do you think?

I was able to listen to this Rob Crow CD while on a road trip recently, so I’m finally able to write a review.

First off, I have to say that this CD is better then 99% of the new music that’s being released today. I love all the stuff Rob Crow is in, and there’s many. There was just something about this CD that I couldn’t put my finger on…

If you listen to the song that’s posted above, Sophistructure, you’ll see that this is a great album. Though I do think that this is the most ‘catchiest’ song (probably because of the bass line). I was thinking that this CD doesn’t have as many catchie ‘hooks’ as Rob’s 2006 CD, Living Well. Listen to the song, If Wade Would Call, and I think you’ll see what I mean–>

I realized that He Thinks He’s People is not a bad album..it’s that Living Well is genius. In the same way that the Pinback releases are. It’s just nearly impossible to top that.

I think from listening to He Thinks He’s People, I missed Zach Smith. Zach is the bass player for Rob Crow’s band, Pinback. But after seeing Pinback perform live, I realized that Zach is one of the BEST bass players EVER, and he does a pretty fair amount of the singing. So Zach’s absence may be a reason I was so hung up on Rob’s He Thinks He’s People release.

Check out these Pinback videos I found on Youtube. Be sure to check out Zach’s bass playing, and how much they both sing.

Here’s a cool video with Rob clean shaven. Rare nowadays! Also notice that they are both playing basses!

Some hipster fan and Rob Crow 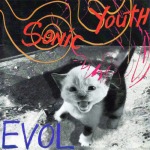 Found this hilarious set of pictures at this Tumblr site -> http://thekittencovers.tumblr.com/

Hipsters love vinyl records. Even if they don’t have a turn-table at the moment. Think of records as investments for the future. 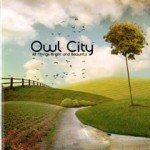 I’m not really familiar with the band. I’ve only heard a few songs…but from what I hear, they sound a lot like Ben Gibbard‘s (of Death Cab for Cutie) project The Postal Service. Which is a huge compliment.

I would like to see this show, but I don’t have a ticket. If anyone has an extra, I sure would appreciate a hook-up. Or maybe I could get added to the guest list? Just let me know at info@hipsterapproved.net 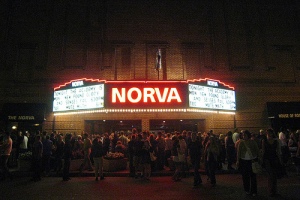 Lulu – the new album from Lou Reed and Metallica came out today.

I’ve only heard some samples from the website http://www.loureedmetallica.com/index.php but from what I heard…I think it’s really cool. I am a big Lou Reed fan, and I think he really personifies ‘Hipster’.

I did come across a hilarious video on youtube about the release. Check it out!!