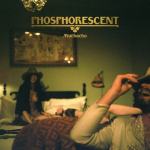 Phosphorescent are one of those bands that just keeps getting better with each release. I’ve learned that after listening to their latest CD ‘Muchacho‘ on Dead Oceans Records. (psst…hey Dead Oceans…send me some promos please…I’ll get these reviews out in a more timely manner.)

I actually don’t think I own all their CDs, but the ones I have (Pride & To Willie (which is a Willie Nelson tribute)) are awesome as well, and I recommend them.

If someone had never heard Phosphorescent and were to ask what their music is like..I would say they are Americana or ‘alt-counrtry/psych folk’. The band leader, Matthew Houck has a vocal style similar to J Mascis of Dinosaur Jr. Phosphorescent uses a lot of pedal-steel guitar and honky-tonk piano, and on this release…strings and horns. The production on Muchacho is just outstanding. This release will be on my list of Best CDs of 2013.

My favorite tracks are; Song For Zula, Ride On / Right On, and The Quotidian Beasts.

I found an awesome interview with a great performance on KEXP radio out of Seattle. You should check it out…