Today starts the Lollapalooza Festival in Chicago, Illinois. I’m pretty bummed I can’t be there, but they are doing a live webcast on YouTube. I’m going to check that out. Here’s a link to their channel –> YouTube

Looks like a great line-up. I used to see Lollapalooza every year (sometimes in more than one city each year) when it was still a touring festival. Turns out Perry Farrell, the founder, didn’t like playing in the corporate owned amphitheaters. Good for him, but bad for me because I don’t get to the Chicago area that much. I have it on my Bucket List though. 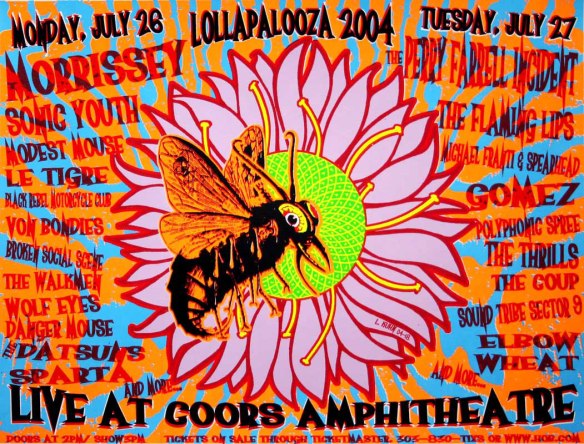